Khambhaliya Ta. 31: Businesses across the country have resumed employment at a slow pace during the unlock after the lockdown announced due to the transmission of Corona virus Covid 18. At that time, instructions were given by the Central Government to start MNREGA works so that the people who earn their living by earning a living do not face any problem and get employment. With this in mind, the state government is carrying out water conservation works in the entire state with the objective of creating employment through MGNREGA so that the families earning their daily living in Gujarat do not go hungry.

According to which MGNREGA works have also been started in various rural areas in Devbhoomi Dwarka district. Due to which working families in rural areas are getting employment.

In Devbhoomi Dwarka district, under the guidance of the District Development Officer and the Director of the District Rural Development Agency, about 50 MNREGA works are underway in the rural areas of the district with all the necessary vigilance to ensure that the water of the village is stored in the village during the coming monsoon.

Under which 3 works in Khambhaliya taluka, 3 works in Kalyanpur taluka, 21 works in Bhanwad taluka and 2 works in Dwarka taluka together a total of 40 individual collective irrigation and water storage MGNREGA works are running in the district. Through these works, employment is being provided to more than 14,12 job card holders of the district as per the demand of work, and through these works, till today, the workers have been provided employment for a total of 2,6,8 man days and a total amount of Rs. Have been.

"We are getting employment through labor in dredging the lake," said the workers involved in dredging the lake through MGNREGA conversion under the Sujalam-Suflam scheme. We have benefited a lot from the government continuing this work. At present, our livelihood is going well with this work of MNREGA to deepen the lake.

The same thing is being done by the workers who are satisfied with getting employment through MGNREGA works in other areas of the district. According to these workers, with the commencement of MGNREGA works, workers like us are getting employment at home, and through these works started by the government, it has become a boon for the rural workers in the post-unlock situation. 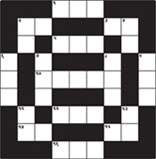